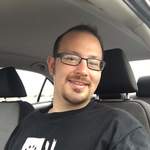 Jerod R. Scott, 33, of Mentor, passed away Friday, Oct. 9, 2020, at his residence.
He was born Dec. 31, 1986, in Euclid.
For Jerod, music and his guitar was his life. He loved rock music and playing the guitar and also wrote music. He was a 2005 graduate of Mentor High School and was a History buff. Jerod enjoyed sports and watching the Indians, Browns and Cavs.
He was the beloved son of Robert Scott; dear brother of Natalie (Adam) Roberts, Philip Janout, and Tom (Sandy) Janout; and uncle of Emilie.
Jerod was preceded in death by his loving mother, Nanette Magdalyn (nee Mable) Scott.
Family will receive friends from 4 to 7 p.m. Thursday at McMahon-Coyne-Vitantonio Funeral Home, 6330 Center St. (Route 615, north of Route 2), in Mentor, with suggested to the American Foundation for Suicide Prevention.
To leave condolences for the family, visit www.MCVfuneralhomes.com.