To share your memory on the wall of Edward Walsh, sign in using one of the following options:

To send flowers to the family or plant a tree in memory of Edward R Walsh, please visit our Heartfelt Sympathies Store.

We encourage you to share your most beloved memories of Edward here, so that the family and other loved ones can always see it. You can upload cherished photographs, or share your favorite stories, and can even comment on those shared by others.

Mike Lukas and Family, Dannys Malleys Family, and other have sent flowers to the family of Edward R Walsh.
Show you care by sending flowers

Posted Nov 06, 2020 at 05:31am
I worked with Ed on Mentor City Council and was always impressed with how hard he would work for his ward. If it would rain hard, you knew Ed would be out on the streets where flooding occurred first. He was very humble about himself and cared deeply about his family. He would rather find solutions to problems than to complain about them. He was quite a role model to me. I have not been to a funeral since Covid-19 arose because of my comorbidities. It hurt not to be able to see Ed one last time and to offer condolences to his family in person.
Richard Hennig
Richard Hennig
Comment Share
Share via:
EC

Posted Oct 18, 2020 at 03:09pm
Dear Dear Colleen and Sean, Your father was a loving light in your family. Wish I could be with you at this sad time. My love and healing prayers

Posted Oct 18, 2020 at 10:41am
My deepest sympathy to Ed’s family. Ed was a wonderful man and the best councilman we ever had, or will ever have. He always helped us out with any problems we had. We appreciated that so much! What a great guy who will be missed very much. God Bless
Comment Share
Share via:
RS

Posted Oct 18, 2020 at 01:27am
I was so saddened to hear of his passing. Ed was always such a nice man and a great friend to my father (Jim Stack). I can imagine the jokes they are telling together up in Heaven. My thoughts and prayers are with the Walsh family at this difficult time.
🙏🏻, Rita (Stack) Smith
Comment Share
Share via:
LF

Posted Oct 17, 2020 at 10:15am
We would like to offer you and your family our deepest and most sincere condolences and may the soul of Ed rest in peace. John Falbo and Family
Comment Share
Share via: 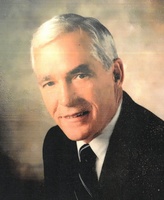